Offshoring and its tax and legal benefits

Take note, also, with the English term ‘offshoring’ in economy, or delocalization, in opposition to localization, represents a precious resource. As the Caporaso & Partners law firm quite correctly emphasizes 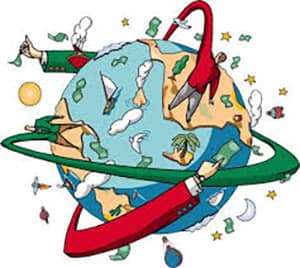 Take note, also, with the English term ‘offshoring’ in economy, or delocalization, in opposition to localization, represents a precious resource. As the Caporaso & Partners law firm quite correctly emphasizes, therefore, offshoring an activity offers more than just a few significant advantages.

The concept that there are places in the world that can be considered more appropriate had its beginnings in the far past. In fact, its roots go back to the fifteenth century, or rather when, in 1492, Christopher Columbus discovered the New World. In fact, with the discovery of the Americas, the foundation on which, later, the modern world economic system would prosper.

Not for nothing, starting from that precise moment in history, the Mediterranean Sea, which had been the pivot of international commerce, lost its centrality. In other words, during the centuries of the great geographic discoveries, the entire economic system would be developed on the new routes, where the Atlantic and Indian Oceans became increasingly more important.

In this era of globalization, the Caporaso & Partners law firm, for good reason, remembers how offshoring, besides bringing commercial benefits, is something that is able to bring multiple tax and legal advantages.

Therefore, if you visit the site, it will be easy to find everything you need to understand the significant advantages deriving from offshoring for both the cost of work as well as taxes.

On the other hand, in a highly competitive economy, it’s right to head for offshoring to cut costs, to be able to take advantage of the most convenient tax conditions and for many other reasons and motivations of various economic and legal natures.

So, in conclusion, to have a professional consultation regarding offshoring and the tax and legal benefits deriving from it, you can take advantage of the experience and competence of our law firm.