Deciding to transfer your residence and acquire dual citizenship when you feel harassed by the Tax Agency is a solution that can seem extreme. 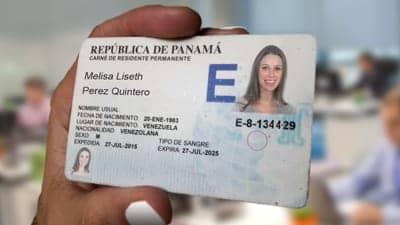 But when you don’t have many alternatives, these are the only viable solutions.

It could happen that because of a ”tax” emergency you find yourself forced to analyze, in a short period of time, the hypothesis of leaving the country to go live in a country with a more favorable tax system.

It can be that you’re at a time of uncertainty, because you want to create your own business, but you’re not certain whether the country you live in is the best place to do it.

For example, you’re thinking of opening your own electronics store, where you hope to improve your financial situation.

However, according to the law, you have to have a VAT number and pay Social Security fees.

The minimum Social Security fees are 320 EUR per month and you have to pay them, even if you haven’t made any sales.

It’s a difficult decision because the only thing certain is that you will have set fees even in the absence of income.

Or else, you had some Bitcoin, the price of which increased significantly in recent times.

Right when you decided to sell a part of your Bitcoin, you generated a capital gain for which you have to pay 26% in taxes.

It’s true that the law provides some cases for exemption for those who have Bitcoin and various currencies for very short periods of time. However, the majority of people who have potentially significant capital gain in Bitcoin, who have kept a certain amount of Bitcoin in their wallets for a long time and so they aren’t included in the earlier case.

So your prospects are you will have to give up a substantial part of your earnings.

Or, you were a freelancer, working on Internet and had finally found a well-.paid, medium-term contract.

Being able to collect 100% of your income, without paying taxes, you could even consider living the life of a digital nomad.

Or leave your country and experience life in another country.

The same thing happens to those who have an online company that has been growing with time, like those affiliated with Amazon. Many of them produce a gross income that exceeds the value a normal monthly salary.

Certainly, they’ve had to think that being able to count on this amount, after paying taxes, they could live on it in many countries in the world.

However, when you don’t know how to do it, you don’t go much beyond thinking about it and end up doing nothing at all.

The common opinion is that you have to prepare the plan for moving your residence or even obtaining a second citizenship a long time earlier and that it takes a long time.

However, this isn’t always true. There are some very interesting exceptions.

And there is also a variety of opportunities that guarantee that almost the entire world can find the most convenient option for themselves.

Let’s look at a list of diversified options for all budgets.

Panama is the fastest country where you can request a transfer of residence.

If you arrive in Panama carrying the necessary documents with you, you can get your residence permit in just one week.

Panama has a territorial tax system.

This means that all income obtained from outside of Panama is tax-free.

So, it would be the ideal place from which to direct your e-commerce business.

Or to use the tax-free capital gain from Bitcoin.

You could live quite well working in Panama as a freelancer, with your tax-free income.

You can also use it to learn and acquire “strategic” knowledge for your profession.

And the Amazon affiliate, in addition to the tax benefits, would have the opportunity to widen his ground of influence.

He could affiliate with Amazon USA and the other giants of the affiliated market who are almost all Americans.

The in-between for requesting the residence only costs 1,500 Euros.

A very low amount and accessible for everyone.

A very profitable investment that is really worth it.

These are some countries that offer citizenship and passport in a short-term.

Normally, several years are necessary for obtaining a second citizenship.

Here, we’ll analyze the hypothesis of wanting to obtain dual nationality in a few months.

And being able to obtain a second passport that can be quite useful for tax reasons.

Let’s see what we can find on the market and how much we’ll have to invest.

We’ll analyze the countries that offer citizenship by investment.

Through these programs, the interested parties can acquire a country’s citizenship and passport in exchange for making an economic investment in said country.

If you are interested in an in-depth analysis of the conditions set by each distinct country that offers these programs, you’re invited to read this detailed report on how to obtain dual nationality and a second passport.

For businessmen and investors with 6-7 digits, these programs are an excellent plan B, which allows minimizing risks through diversification, and increasing the profitability of investments thanks to their tax advantages.

First, let’s see the offers made by the closest countries geographically.

Since its adhesion to the European Union, Cyprus isn’t really a tax haven. However, it continues to maintain a certain interest in the market because of its Residence by  Investment program.

Cyprus offers residence in exchange for a 300,000 EUR investment.

Furthermore, to obtain residence, you have to live in the country for at least two months.

As to obtaining the Cypriot nationality, it can be requested after 7 years of permanent residence in Cyprus.

However, for those who are in a hurry, there is a Citizenship by Investment program that provides for a total investment of 2,000,000.00 EUR in real estate, State bonds, bank deposits.

In this case, citizenship is granted in only two months.

Malta also offers a citizenship by investment program. The process for obtaining citizenship takes more than a year and is fairly complicated due to bureaucratic red-tape.

You can only request the nationality after staying at least one year as a resident in Malta.

If you wait two years as a resident, you get a discount on the cost of the Citizenship program.

The cost for the program is approximately 1,000,000.00 euros. It’s cheaper than Cyprus’ program, but numbers are very high in both cases.

So, let’s search for, in exchange, Citizenship programs that are more accessible, with benefits that are just as good or better.

Citizenship in the Caribbean

The citizenship by investment were born right here, in the Caribbean. Later, they were imitated by other countries.

However, the first was

The Caribbean state has renovated its old citizenship program and now offers it at 175,000.00 USD.

This is a very interesting and quick program. If you present all necessary documents, you can get the nationality and  passport in less than two months.

The passport from St. Kitts and Nevis is much sought after, since it permits access, without a visa, to no less than 150 countries, including Russia, which demands a visa from the citizens of the European Union.

Dominica is another island-state in the Caribbean. Its economy is based entirely on tourism.

Since the 90s, Dominica has offered a Citizenship by Investment program which it has kept up to now with a certain amount of success.

The program is one of the most economical and offers two options:

A Dominican passport permits travel to 135 countries, including Great Britain and the countries of the Commonwealth.

Obtaining the nationality and passport takes between 4 and 6 years.

Saint Lucia is a Caribbean state. It’s also a very popular place to live in.

Its Citizenship by Investment has various forms:

3) Create a local business with an investment of at least 3.5 million dollars, and hire at least three employees.

The necessary time for obtaining citizenship and a passport goes from 5-7 months.

This quick review serves to give us an idea of the possible alternatives.so that we can understand

And also to help us understand that if we don’t like the tax deal that our country reserves for us, there are possibilities for avoiding being trapped in inopportune situations.

States and governments take advantage of globalization and  The new technologies to control us.

Citizens who don’t like to be controlled and want to feel free, can also use the variety of options offered by the technological and globalized world.

We can’t be attached to a geographical zone just because we were born there.

In the moment when we realize that the possibilities for growth are scarce and very limited, we can make the decision to change and to choose what is most convenient for us.

If you want to know more about second citizenship, residence and citizenship by investment, programs, see this complete and very detailed website.