How do I make a will?

The testament has become an essential document in contemporary society. Its procedure is simple, and its advantages are enormous; however, as in every legal document, it’s important to be assisted by an expert lawyer in order to avoid that the testator’s wishes aren’t applied by another law or 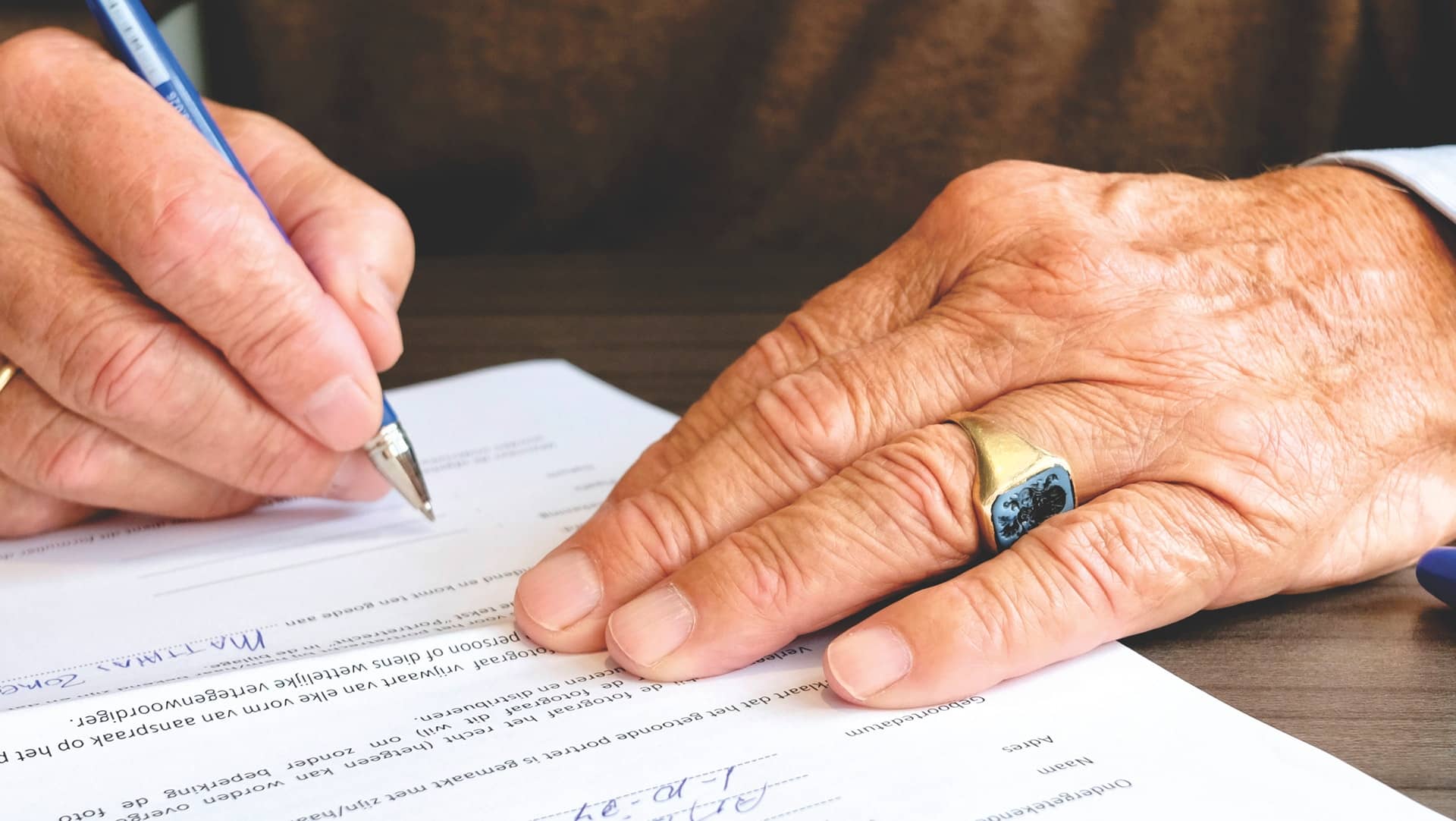 The testament has become an essential document in contemporary society. Its procedure is simple, and its advantages are enormous; however, as in every legal document, it’s important to be assisted by an expert lawyer in order to avoid that the testator’s wishes aren’t applied by another law or by some dispute among the heirs. This legal tool contains a person’s express wishes on how his goods, obligations and rights must be divided, once he is deceased, even though, in many countries, at least in part, are established by law. The will grants legal security to both the testator and his heirs. If no testament exists, the inheritance will be divided according to the law, following, generally speaking, a family order: first, children or descendants, which creates disputes in many cases. We already know how complicated this subject can become and the tension that arises about dividing the legacy.

In the following, we’ll analyze the various types of testaments and the testament by means of a Private Interest Foundation which is, in our opinion, the armored legal system par excellence both for managing the patrimony and for carrying out the wishes in case of death, incapacity, etc.

This document is secret, and its confidentiality is protected. The testator must write the manner in which he wants to have his patrimony divided; however, the assistance of an internationalist lawyer can resolve doubts or create strategies so that the desires of the person are complied with, even though the law establishes something different. It’s not necessary to make an inventory of all of a person’s goods, but it will be up to the heirs to complete said inventory and to proceed with its distribution.

In the majority of the cases, the testament contains patrimonial elements; although there are others in which, for example, the person asks that a mass is performed, or he recognizes a child or communicates the destination of important documents.

The price of testaments usually isn’t high, although those with more complexities, for example, in the number of pages, can be more expensive. Any person, usually older than 14 years old (although this varies depending on each country), can create a testament. This document isn’t written in stone and can be changed as many times as the testator deems convenient. The last version of the testament is the valid one and the prior ones will be without effect.

Modifications in testaments are usually made when changes in the lives of people take place, like a wedding or divorce, birth of children, etc.

There are various types of testament and each one has different official requirements. The common testament is divided into three categories: open, closed and holographic.

The so-called “open testament” is the most customary. In this case, the testator expresses his last will in front of an attorney-at-law, who then redacts the document. Then, he does the reading and the testator communicates his agreement, before he affixes his signature. This testament has no expiration limit and one of its advantages is that the attorney can clarify all of the testator’s doubts, so as to avoid any problem. It’s called “open”, but its contents are secret, except for the testator, since up to the moment of his death no one will be able to access its contents, unless the testator permits it.

Meanwhile, the “closed testament” is the one where the testator doesn’t let the attorney directly know his last will but will declare that his will is in the document, written by himself or with the help of third parties. This document is then submitted to an attorney who will never know what the testament contains.

Both testaments have points in common and differences. The two are made in front of an attorney, but the open one is read aloud since the person desires that his will be known by both the attorney as well as the witnesses he can have.

Meanwhile, in the closed testament, the desires of the person are kept secret until the time the inheritance is dealt with. Truthfully, neither option is better than the other, but each person chooses which seems more convenient .

The holographic testament is completely written by hand and signed by the testator, with the exact date when it was redacted. This type of will isn’t valid if it was written on a computer or if another person writes it. It must not contain corrections and only those made with ballpoint pens will be accepted.

This testament is valid for up to five years after the death of the testator and it’s better to have it legalized in front of an attorney. The presentation, opening and notarization of the holographic testament is done before an attorney or relevant court, in the place where the testator lives or where the largest part of his patrimony was.

Once the holographic testament has been presented, the attorney or judge asks whether the surviving spouse, as well as any living descendants and ancestors, are included. In the contrary, collateral relatives up to the fourth degree will witness. In this moment, the attorney opens the document, signs it on all pages and asks that it be examined by all witnesses, to confirm the authenticity of the handwriting and signature of the testator. If everything was correct, the attorney authorizes the notarization and submits a copy of it to everyone who request it.

The special testament can be private for cases like the one of a person who suffers from a violent and serious illness that makes it impossible for him to appear before an attorney; it also applies to military personnel who make the document before entering a battle or when there are heirs of one such. In this case only it will be sufficient that the person declares his will before two witnesses or submit his last will to them, in a closed document, signed by his own handwriting.

Independently of the type of testament, when dealing with a succession is necessary, looking for assistance from lawyers specialized in the subject of inheritance is very much recommended. They will be in charge of advising you during the proceedings and they will also complete the contents of the testament.

Private Interest Foundations and Anglo-Saxon trusts are without a doubt the best system for protecting your goods and at the same time for leaving your will reflected in case of death. If they can seem somewhat similar, foundations and Anglo-Saxon trusts, in reality, present interesting and, equally important, differences. The foundation, in fact, is a much more ample tool, with fewer restrictions. Besides, a foundation, is considerably superior in terms of inheritance planning as a capital protection than the Anglo-Saxon trust. With a Foundation, you can manage your goods during your life, leave them to whomever you desire, without legal restrictions on intestate succession, also known as legitimate succession, meaning those shares that the law determines must obligatorily go to spouse and children. Yes, because these laws don’t provide that you can wish to disinherit a child or leaving nothing to a spouse from whom you are divorcing, in the majority of the countries.

To set up a Private Interest Foundation, it’s necessary to draw up a specific Statute that our legal firm will elaborate according to your needs. Indeed, this will be the tool through which the rules for protecting your patrimony will be established; they will also establish the criteria to be used for naming the foundation’s beneficiaries in case of bankruptcy of the beneficiary or beneficiaries.