What are smart contracts?

Smart contracts is one of the most used terms these days, in the cryptocurrency world; however, not everyone understands exactly what these contracts are and what their importance in the new 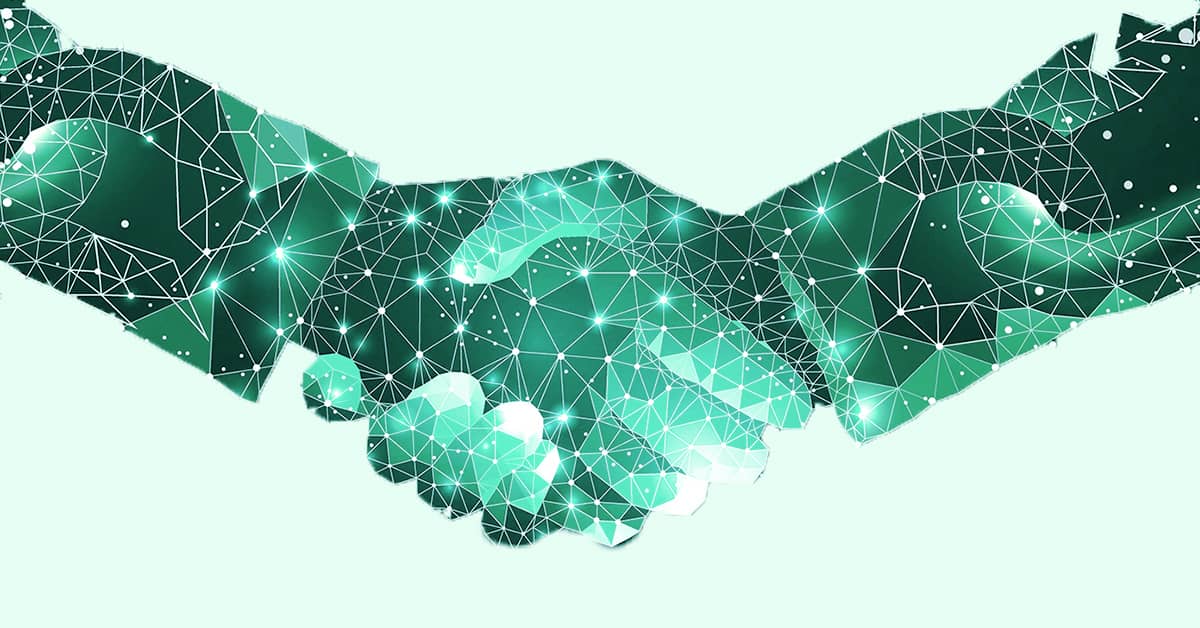 Smart contracts is one of the most used terms these days, in the cryptocurrency world; however, not everyone understands exactly what these contracts are and what their importance in the new economy ecosystem is.

The main objective of a smart contract is to make it possible for two anonymous parties to negotiate, without turning an intermediary. These contracts have the capacity of being automatically completed, once the two parties have reached an agreement.

Traditional paper contracts and smart contracts have several things in common, but there are very noticeable differences. One point that links them is that in both types, the parties involved voluntarily compromise to comply with various conditions; however, there are three aspects where  they are different: the manner in which the contract is completed, its legal implication and its writing mode.

In the case of paper contracts, drawing up the conditions and terms in a language accepted by all parties is sufficient. Then, it is signed and, at this point, an agreement with legal implications and a certain expense – since a notary is generally involved – is set up. The completion of this contract is subject to the interpretation made by each part of the document.

Meanwhile, smart contracts are computer programs and, therefore, are written in virtual code. Smart contracts are a software so, as happens with other software, they are programmed to complete determined tasks. Here is another way it is different from paper contracts: it is impossible for there to be two interpretations for the same contract. If there is a fact A, then there will be a fact B. furthermore, it’s not necessary to turn to an intermediary (no notaries or lawyers), either, since this role is carried out by the virtual code, so that there is also a noticeable decrease  in expenses.

Blockchain, an inseparable part of the contract

The virtual code of the smart contract is carried out in the upper part of a blockchain. This is a huge data base, encoded and unchangeable, held by hundreds or even thousands of computers where not only information can be guarded, but also some valuable elements like money, stocks and bonds, and deeds. Said base is global and decentralized and thus is neither controlled nor owned by anyone in particular, but by everyone who participates in the blockchain.

When writing something on the blockchain, it can’t be undone; so every transaction is visible to the whole world, but they can’t be edited or erased. The blockchain allows the creation of cryptocurrencies, a digital asset that isn’t controlled by any government or Central Bank and is available throughout the world.

The advantages of smart contracts

A smart contract contains a series of characteristics. For example, the transaction must involve a minimum of two parties, and there is no need for human participation to carry out the contract, once this “smart contract” is a part of the blockchain.

According to the BlockchainHub, smart contracts are self-verifiable, self-executing, and resistant to any type of manipulation. These contracts offer two much esteemed advantages: they convert legal obligations into automatic processes, and they guarantee a greater degree of security.

For example, in the traditional world, if a publisher contracts to with a writer that he will pay a certain amount of money for a book; however, he later decides to pay only 70% of the agreed upon price by alleging that he is “dissatisfied” with the quality of the book, what does the author do? Does he sue and go to trial in the attempt to recuperate the remaining 30% of the price agreed on in the traditional contract? The high cost of the attorneys and the trial will probably make him give up this idea; however, if he had signed a smart contract, 100% of the operation’s value would already have been ensured in the blockchain and this total would have gone into the writer’s crypto-wallet once he had complied with the conditions in the contract.

This condition of “self-executing” is key to understanding the results of the smart contracts. The computer is what makes the decision to send the ownership of an item or service if the conditions outlined in its contract code  are completed.

Here is another example, to illustrate the smart contract’s huge advantage in its “self-executing” condition. If a passenger buys an airline ticket with cryptocurrencies and his flight is delayed because of the airline, the latter is obligated to compensate the passenger depending on how it is delayed. If this is done according to the rules of the traditional world, the passenger would have to go to an airline office, present a claim, or he could even do it through the website; however, in any case, the airline could take the time it feels necessary to make good on this claim or perhaps not even pay them back.

In the case of an smart contract, since the transaction of purchasing the ticket is part of the blockchain and the flights are automatically controlled, the computer can then, immediately, compensate the passengers by depositing a predetermined percentage of the acquired ticket into their crypto-wallet with no further need to make a claim.

There are very different uses for smart contracts. For example, they can be used for:

Automizing payments: smart contracts guarantee that the amounts agreed on will automatically reach the indicated people or businesses at the set time.

Property registration and exchange: the documents necessary for establishing a property from the beginning are registered on the blockchain and will be able to change ownership through smart contracts.

Energy transactions: they could be used for energy exchanges. Electrical sources will be connected to smart contracts between people or businesses.

Intellectual property: smart contracts can automatize this process, especially at the moment of dividing the income when dealing with shared rights from products or services.

Insurance: in this case, the payment process in the face of accidents could be automatized and this could permit the saving of time and eliminate bureaucratic hurdles.

Betting: two or more parties could use a smart contract to ensure compliance to the conditions agreed upon in a bet.