More taxes, but they are spending 137,000 USD per minute in nuclear weapons

Governments are asking for more taxes and the G7 and OECD support them, but they are spending 137,000 USD per minute in nuclear weapons 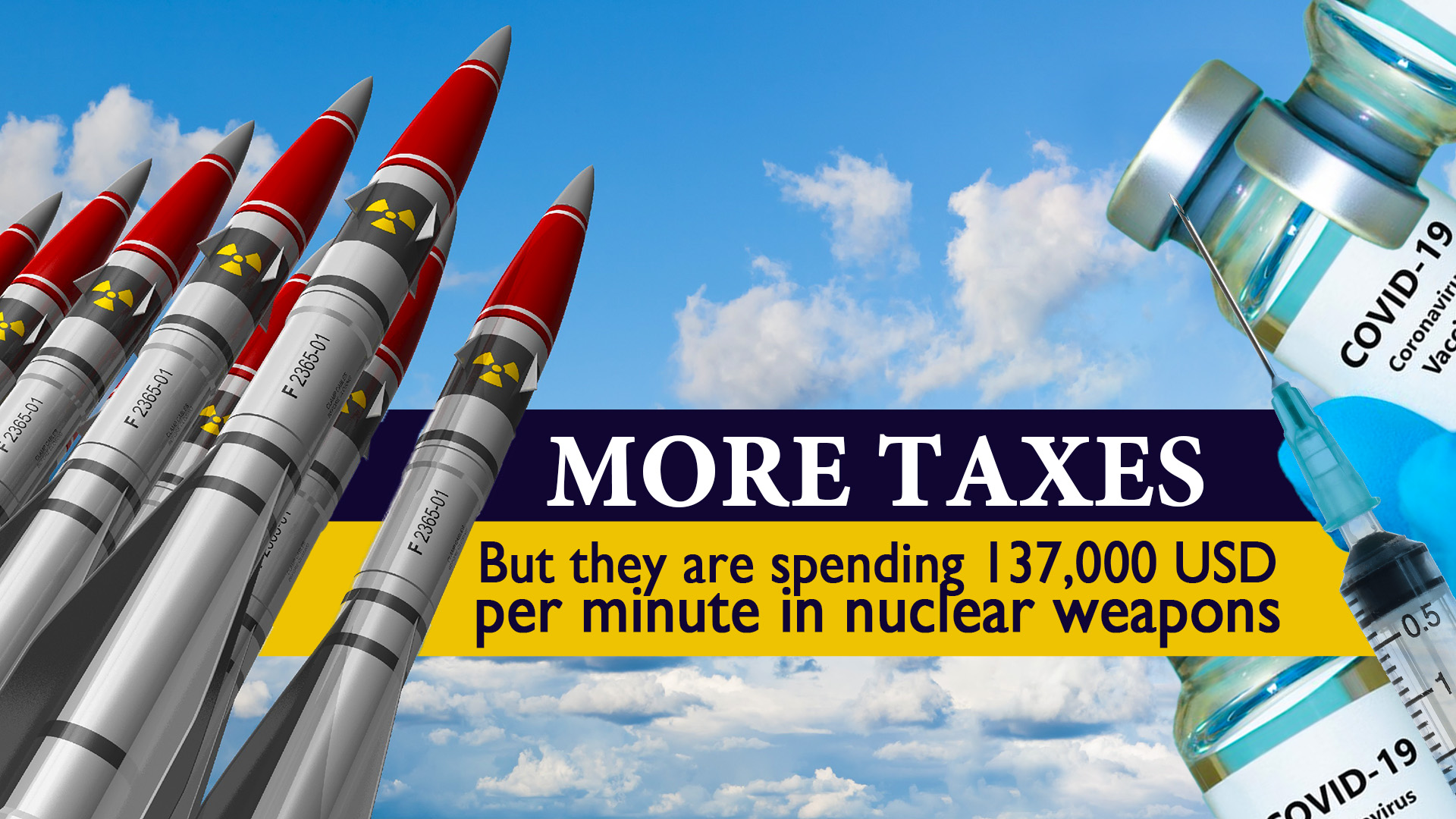 The most powerful countries in the world say they don’t have enough money to tackle the increase in spending created by the Covid-19 pandemic and are asking for more taxes. Neither does the annual budget manage to cover the “state of well-being” of their citizens.

Faced with this situation, the so-called Group of the 7 reaches an agreement to increase global taxes paid by businesses. Almost at the same time, it’s learned that the vast majority of the G7 invested, during 2020, 137,000 dollars per minute on nuclear weapons. So then, is it a question of not enough money or bad spending of the same?

The Departments of Finance of the G7 have agreed that multinational businesses will pay a 15% tax. It doesn’t matter where your physical headquarters are, but that you will have to pay taxes in every country where you have business and obtain income. The G7 hopes that, in the near future, more countries will join this “initiative”.

This agreement will now have to be confirmed by the G20, in a meeting scheduled for July. Experts feel that it will be approved without problems. Then comes the most complicated moment, or rather, the negotiation with the Organization for Economic Cooperation and Development (OECD).

Next year an avalanche will fall over contributors

So, the agreement can be delayed a few months before going into force. The OECD feels that, with the agreement,  countries will obtain between 50,000 and 80,000 million dollars more per year, through these taxes.

While the powers-that-be were agreeing on putting more taxes into place and therefore hitting the poorest nations who attract investors with friendly tax policies, we were given a report from the International Campaign to Abolish Nuclear Weapons. This report shows that the G7 and the other countries who have nuclear weapons spent 1,400 million dollars more in 2020 than in 2019 to maintain their arsenals.

The United States was one of those who pushed the most for the G7’s agreement. The White House wants for the technological companies, pharmaceuticals and banks to pay more taxes. At the same time, in 2020, Washington spent 37,400 million on its nuclear arsenal, around 5% of its enormous yearly military budget.

So, what are the new taxes for? It’s definitely not to buy more Covid-19 vaccines or to improve public pensions or the health and education system. The money that will be collected will be used to give governments a bigger budget to squander.