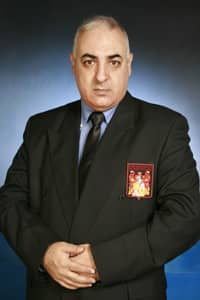 The following interview lists some simple, informative tips that will help you have a better experience with Operating Offshore and Offshore Banking.

Once you begin to move beyond basic background information, you begin to realize that there's more to Operating Offshore and Offshore Banking, than you may have first thought.

Why go offshore?
Simply to protect one’s capital and to reduce tax burdens. Presently, more than 250 jurisdictions exist that offer one or more incentives to non-resident investors; some of these countries are also true vacation paradises. Every country that is considered to be a tax shelter offers some advantages limited to residents or corporations domiciled there. For example, in the Principality of Monaco, you don’t pay personal income taxes, while corporations are very highly taxed. In Panama it’s exactly the opposite, as long as the corporation domiciled there doesn’t carry out their activity on national territory. In the USA during the years of prohibition and when gambling was prohibited, some bold businessmen opened up floating Casinos where, outside of territorial waters, gambling flowed on rivers of alcoholic beverages. The offshore industry is small and mysterious, although according to the latest estimates it manages more than 60% of the world’s capital.

What are the benefits of an offshore company?
The offshore companies basically offer the anonymity of their associates and generally have a reduced cost compared to the companies in many industrialized countries. Operating from an offshore territory, other than reducing the responsibility of the shareholders, you can also reduce the fiscal burden. Generally, 1-3 directors in the Statute and the shares are made out to the bearer. If the client doesn’t desire to appear, our legal firm offers the directors (the price is 150 euro a year) and a notarized and apostilled (recognized by the Foreign Ministry) general proxy is furnished to the owner/shareholder for the administration of the company—buying, selling, opening bank accounts, opening branches, etc. Shares are usually consigned to the bearer. The capital doesn’t have to be deposited; you only pay a tax on the same thing that is comprised in the price of registration.

Why open an offshore company or foundation?

There are several offshore jurisdictions, even some in Europe and USA. Which are the best?
When you decide to take the offshore step, the further away from home you go, the better your advantages are. We prefer choosing the Panamanian companies because of their low costs, administration ease (practically, there are no requirements), and because of the fact that since 1932 Panama offers the best offshore tax laws.

Did the crisis affect tax havens?
Dr. Giovanni Caporaso, from the OPM Corporation based in Panama, provides tax planning solutions for companies looking to locate offshore. Dr. Caporaso believes those new to offshore banking are thinking twice about moving in that direction, but that those familiar with its mechanisms feel it is a haven in the present climate, “Americans and Europeans are really worried about the situation at the moment. If you see big banks collapsing you may think small ones are too—it’s not true. If you see crisis in Europe and the U.S. you may think there is also a crisis in tax havens, but it’s really not like this. There is a decreased demand from new clients, but an increase from people who know the offshore system as they think the crisis didn’t affect tax havens.”

What is the difference between on-shore banking (that which you do from your home turf) and offshore banking?
Offshore banks are those that prefer working with VIP clients, with Private Banks and promote investments. They don’t like moveable accounts, or rather those where 1000 enter and 999 go out. If you don’t have a large volume of business it’s better to alternate between two banks so that the banking system doesn’t signal the entrance and then immediate exit of the funds.

Which bank should I choose and in what country?
It depends on your economic assets and on the degree of security that you desire. The banks have an A classification, like the stars for hotels, the best being the large AAA banks which are obviously more compromising. Practically, they want nothing to do with poor clients. Telling us about you estimated business volume and informing us of the amount that you can deposit or invest with the bank, we can inform you of the best option.

Offshore banking: institutional vs. personal accounts
Conducting business offshore is a tendency that has been noted within the region, and the breakdown between Institutional against Personal accounts are thought to be evenly split. It’s difficult to make an exact determination of the relative volume of accounts for personal against business use as there is a tendency for clients to keep their savings in commercial accounts. Dr. Caporaso says this is done for a specific reason: “We do not recommend a personal account to our clients because a personal account has a name. Even some banks offer numerated accounts but this is not effective as when you ask for a transfer the bank must put a name. It’s stupid to have an account that will immediately report the operation. We always say to a client the best way is to make a company and open an account for the company. Then divide every activity into different accounts with different companies and that way they are protected.”

Regulation
Dr. Giovanni Caporaso advises clients on the workings of tax havens in both Europe and Latin America and is finding difficulty in advocating European destinations for his clients. “Switzerland, I don’t recommend because it has become too co-operative. The problem is in Europe, when they are investigating tax evasion they also try to put money laundering on the investigation in order to get the authorization from the Judges to check the accounts.”

Reasons for going offshore
Dr. Giovanni Caporaso, who has published a guide to offshore banking, written in Italian, titled I Segreti della Banca Offshore (The Offshore Banking Secrets), advocates Panama and Uruguay in Latin America, but says the ultimate decision is highly influenced by the needs of the clients. “Everything depends on the client. Sometimes we use several different banking centers, accounts in one country, credit lines in another and a company in a third one.” Dr Caporaso prefers to deal with international banks as he says local banks, which are often more conservative, deal more with Latin American clients and 90% of his clients are from outside the region and looking to invest abroad. In dealing with those looking to locate offshore, Dr. Caporaso and the law office he represents undertake pre-checking on clients so they know where the money comes from. He comments that in the current climate many institutions take great care with their reputations. “At the moment all banks are concerned about their image, they undertake a very thorough compliance on new clients.” However, even amid the current clampdown climate Dr. Caporaso says clients still enjoy certain protections. “If the bank knows that the client is clean and they just didn’t pay taxes, that is a crime in their country but not [in Panama and/or other Tax Havens]. [The bank] can protect the client if there is an investigation or a court order.”

New technology and online capability
Dr. Giovanni Caporaso of OPM Corporation feels there is still a place for more traditional methods. “Myself, I maintain the bigger part of my capital in a bank that doesn’t allow you to do operations on the Internet. I feel more secure like this. Any operation must be confirmed by functionaries that know your voice, account number and where you are located.” However, Dr. Caporaso concedes that it really depends on what you need from your account. “If it’s for investment or paying invoices, etc., you really need a faster system.”

If you've picked some pointers about Operating Offshore and Offshore Banking, that you can put into action, then by all means, do so. You won't really be able to gain any benefits from your new knowledge if you don't use it.
More info can be found in this web site or at www.taxhavens.us or contacting Dr. Caporaso at [email protected]