The European Union decided to take Belize off its blacklist of tax havens; however, the Central American country’s banking system continues to sink in a deep crisis and has lost all 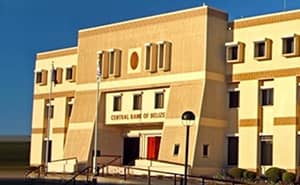 The European Union decided to take Belize off its blacklist of tax havens; however, the Central American country’s banking system continues to sink in a deep crisis and has lost all credibility in the eyes of the world.

After Belize’s exit, only eight jurisdictions are recognized by the EU as tax havens: Fiji, Oman, Samoa, Trinidad and Tobago, Vanuatu, American Samoa, Guam and the American Virgin Islands.

The EU had pressured Belize for a long time to introduce changes in local laws regarding financial services and the offshore bank sector. Belize’s politicians adopted a series of measures to please the EU and among the actions carried out was the closure of two of the most important offshore banks that worked there: the Choice Bank and the International Atlantic Bank. Both closures and placement in forced liquidation by order of the Central Bank, were carried out with serious irregularities that, up till today, haven’t had results.

In the case of Choice, the Central Bank of Belize opted to place it in liquidation, instead of putting it under controlled management, which would have allowed the account holders to gradually recover all of their money. Closing it and naming a “liquidator”, the Central Bank, through its main figure, the Governor Joy Grant, inhibited any intention of dialogue and caused serious economic prejudice to Choice’s customers.

At this time, Belize’s financial authorities haven’t offered a corresponding bank for Choice, because it is supposedly impossible to make payments to the account holders. Further, these same authorities elaborated a list of countries where they can’t return the account holders’ money. More than 50 nations appear in the list , several of them European and aren’t on any blacklist; however, they decided in Belize, without offering more explanations, that they won’t return the money to the citizens of these countries.

This is another of the Governor of Belize’s swindles and shows that this country’s financial system is broken, corrupt and totally disfunctional.