Blacklists, a commercial weapon against countries that offer low taxes

The commercial wars of the second decade of the XXI century appear to develop around the blacklists. Opposing countries turn to this mechanism to pressure the other…

The commercial wars of the second decade of the XXI century appear to develop around the blacklists. Opposing countries turn to this mechanism to pressure one another; meanwhile, the governments that load their citizens with the most taxes also turn to these “strategies” to force different jurisdictions with, low tax policies and tax incentives to change their laws, so that they share financial information that, up to recently, was guarded religiously.

The most recent case of blacklists war has China and the United States as protagonists. The debate has been extensive and it’s clear to everyone that it’s a train crash between the two major economies of the world. The Trump Administration tightened the rope to include the Huawei company, one of the major phone producers in the world, in his blacklist blacklists, because he figured the Chinese were putting back doors on their mobile devices and in the 5G network infrastructures, so they could spy on the Americans. No American enterprise can sell components to the Chinese company, or even offer software.

China didn’t wait to answer and created its own blacklist, on which all businesses that have bowed down to Washington’s plans, not just the American ones, but also Great Britain’s and Japan’s. For China, these are “untrustworthy companies”, so that they won’t want to continue business with them. The pressure has intensified on both sides, who both hope the other side will be the first to give way. In this case, the blacklists have been used as a coercive mechanism for obtaining commercial advantages.

The European Union was even further ahead in the use of blacklists. In 2017, the Organization for Economic Cooperation and Development (OECD) drew up a list of jurisdictions with low tax policies and unwilling to share the data of citizens who use their bank system, with other nations. This list includes countries of the Caribbean, Africa, Asia and Central America. The idea was to show these territories, in front of the international community, as tax shelters and, this way, to dissuade European citizens from using the tax breaks that these territories offer. 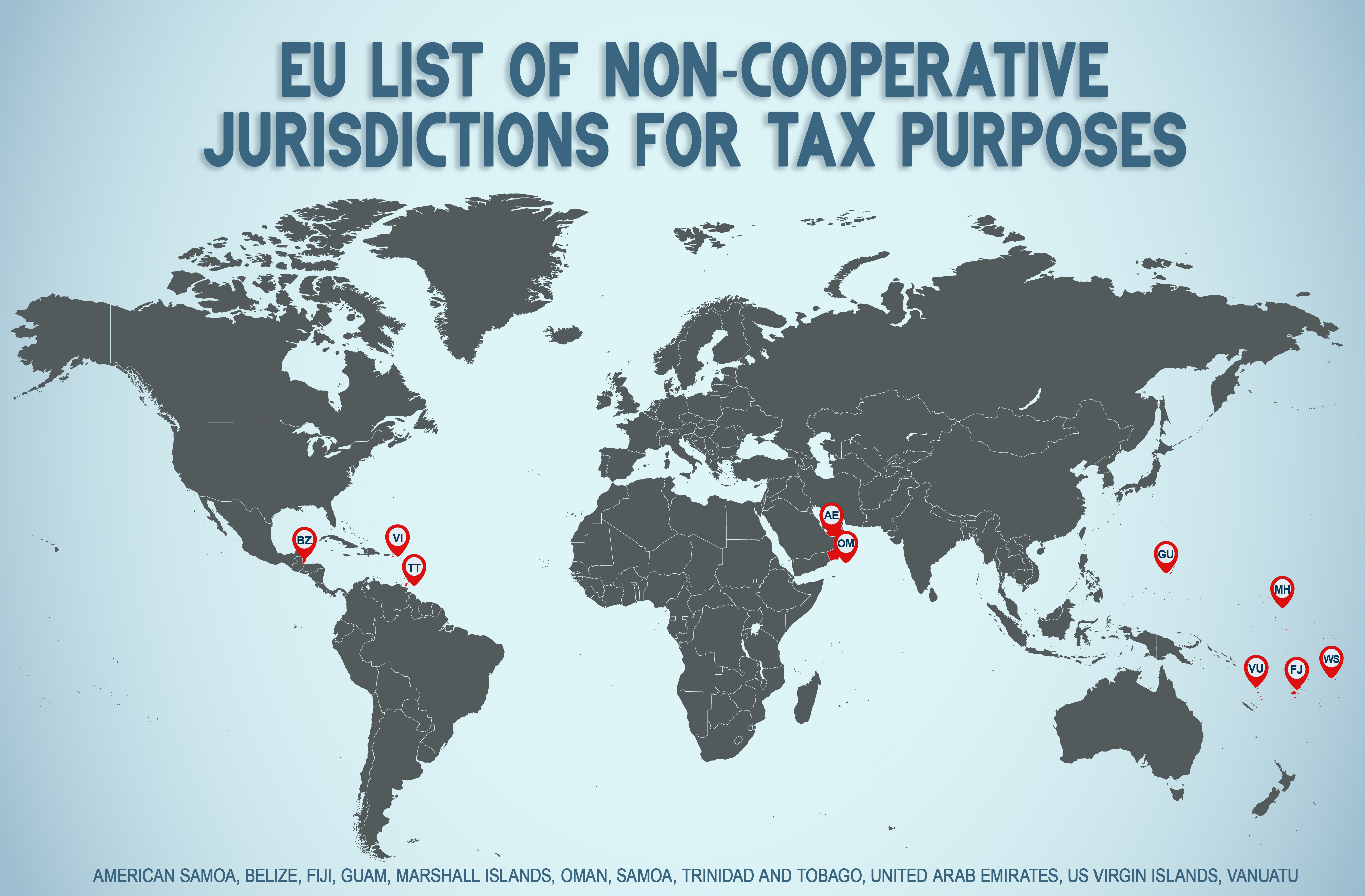 At present, the OECD’s blacklist contains 11 jurisdictions: the United  Arab Emirates, Oman, Belize, Fiji, Vanuatu, the Marshall Islands, American Samoa, The U.S. Virgin Islands and Trinidad and Tobago. Furthermore, the European Union decided to create a “grey list”, on which are found jurisdictions that have agreed to change their tax systems and share the financial information of citizens of European countries.

These 34 territories with a space on the “grey list” are in danger of falling onto the  “blacklist” until they comply, with time, with the demands of the European Union and the OECD.

Blacklists, a mechanism for putting pressure on citizens

The blacklists aren’t only for intimidating countries with low taxes or economically priced technology, but they also affect the people. For example, the Panamanian entrepreneur, Abdul Waked, knows this very well; in 2016, he was unjustly included in the “Clinton List”, accused of money-laundering. Now he’s demanding a 1,269-million-dollar compensation for damages and prejudice, because all of the accusations turned out to be false.

Waked as the owner of the commercial center Soho Mall and, when he was put on the blacklist, he was required to hand over, through a trust, the control of the center to two creditor banks, as the only way to deal with saving the business. What these banks really did was to sell the Soho Mall to two groups of Mexicans for a value of 350 million dollars.

In 2017, Waked filed his first demand in a Panamanian court, for a value of 165 million dollars; however, it wasn’t allowed. Now, he has presented another administrative claim for compensation, through which he demands that the Panamanian State and the National Bank of Panama pay him 1,269 million for damages and prejudice.

If you or your business have been unfairly inserted in a blacklist, the Caporaso & Partners law firm can help you process the removal and avoid major damages.