What are the W8 or BEN W8 and the FATCA forms in the United States? 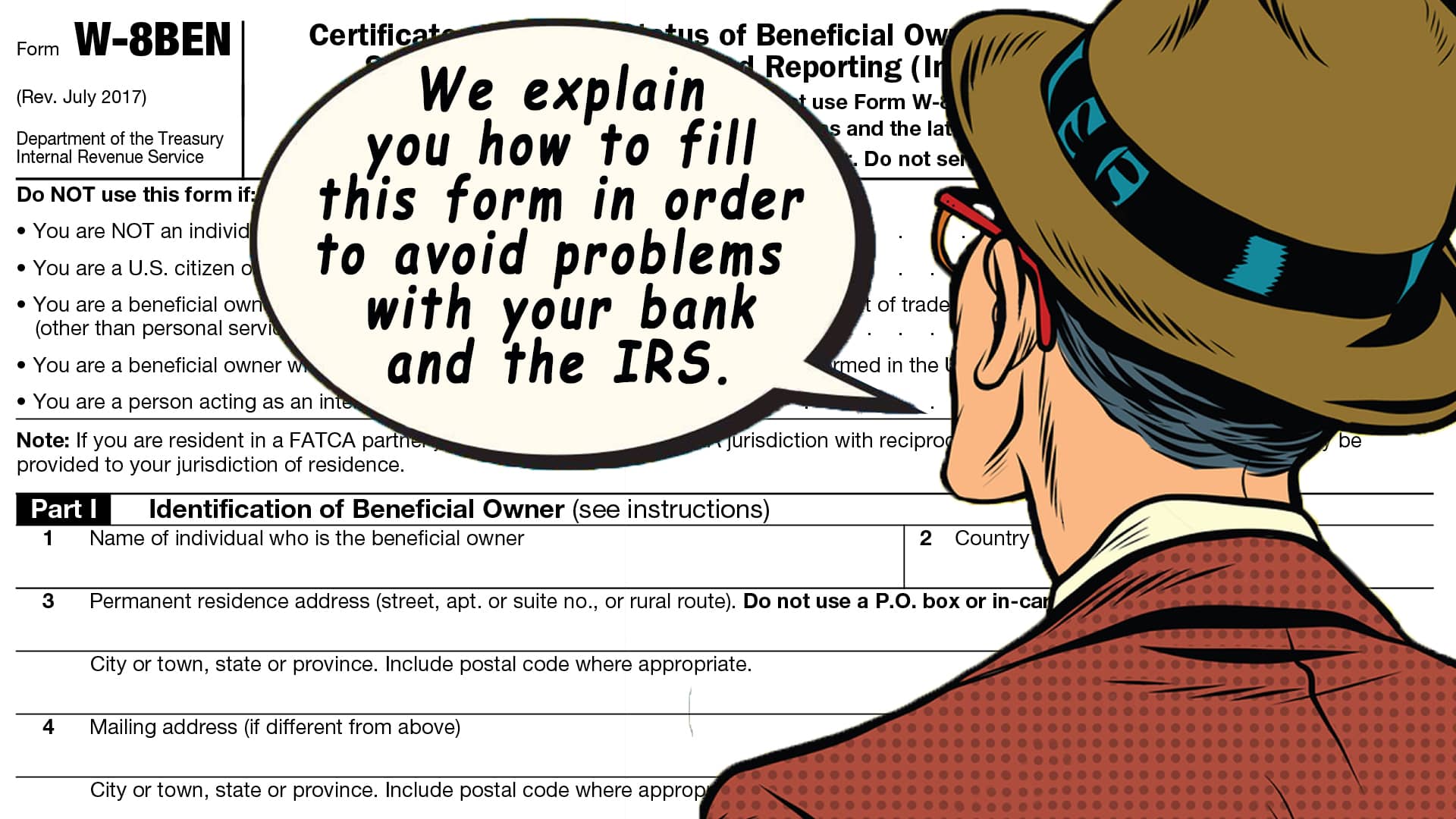 What are the BEN W8 and W9 forms and why are they important for ,those who have overseas offshore bank accounts?

The W8 and the BEN W8 are a set of American tax forms which certify your tax status in relation to the American authorities, the IRS.

The W8 is a form that must be filled out people or businesses who aren’t domiciled in the United States but have received income or payments in the USA.

Instead, the BEN W8 is a form that certifies the fiscal non-residence in the United States and therefore tax exemption.

The language of these forms can seem complex even for those who have experience with foreign bank banks, and any error can cause heavy sanctions, so it is we advise you to fill out these forms with the aid of an expert.

The FATCA form is a form that you are requested to fill out if there are indications of the possibility of applying taxes in the United States. This form contains information and the means of transmitting it in compliance with the Agreement between the Government of the United States of America and the Government of the Italian Republic finalized for improving the international tax compliance and for applying the FATCA (Foreign Account Tax Compliance Act) norms.

What are the indications that obligate you to fill out a Fatca form?