The Swedish and Cuban method for fighting the Coronavirus works

The world has found different ways of facing the pandemics. Sweden and Cuba have gone through several and have experience on how to fight these problems and this is why they have opted for controlled quarantines, without limiting the freedom of their citizens... 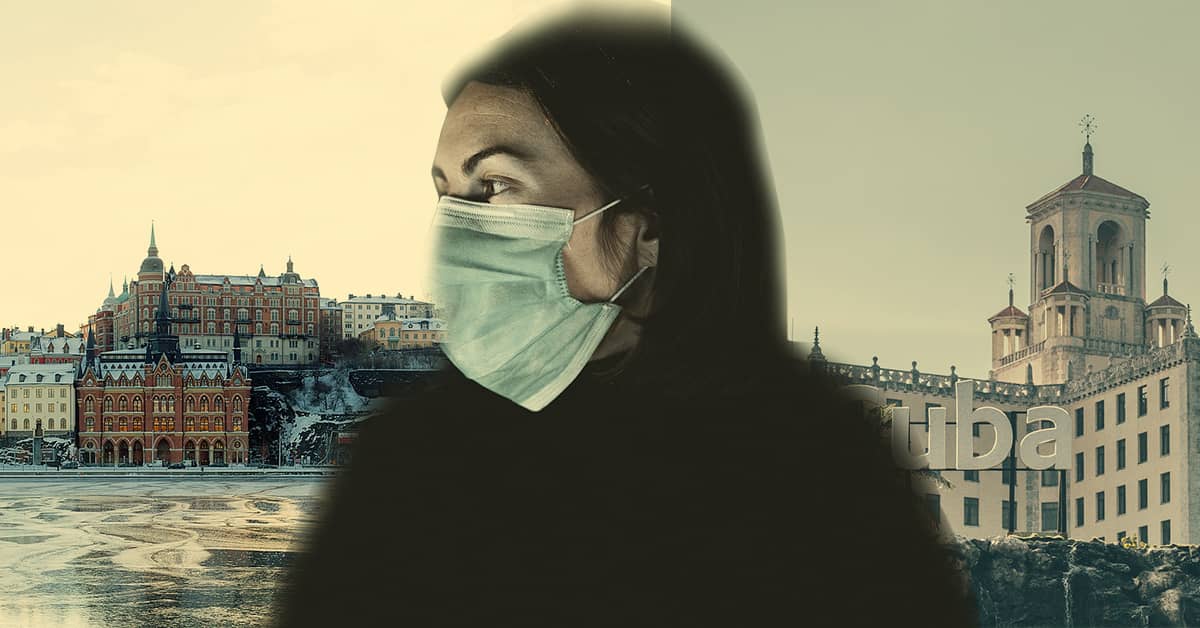 The world has faced five pandemics during the course of its history: smallpox, measles, the Spanish flu, the bubonic plague and HIV. The most lethal of them all has been smallpox, which caused more than 300 million deaths, although these days we can count on a vaccination, just like the measles, which caused approximately 200 million deaths. Whereas the virus known worldwide as the “Spanish flu” of 1918 killed, in just two years, between 50 and 100 million people. The bacteria “Yersinia pestis” was the cause of the black plague epidemic that raged through Europe around the middle of the XIV century. This bacillus was transmitted by lice and fleas that lived on human beings and rodents. The bacteria caused the death of 50 million people.

The world has found different ways of facing the pandemics. Sweden and Cuba have gone through several and have experience on how to fight these problems and this is why they have opted for controlled quarantines, without limiting the freedom of their citizens. These countries, like other countries surrounded by the sea, like the Netherlands and Great Britain, have been historically intolerant of quarantine policies, in contrast to nations with greater land extensions. Further, more than a few in Sweden feel that isolation practices and control exercised by repressive forces(military, police) are despotic and are contrary to values like freedom and personal gain; Cuba has adopted similar measures with very good results.

However, let’s go analyze the behavior of the Swedes that can be considered going upstream. In the earlier medical conflicts, at the beginning of the XIX century, Sweden opted for a quarantine. In 1806, faced with the expansion of yellow fever, Sweden sank boats that were considered “infected” and placed an observer every three miles along the coast to keep watch and prohibit “suspicious ships from landing. The patients received continuous baths in vinegar and shaved their heads. Then, in 1831, faced with cholera, the Swedes returned to using the quarantine. The authorities prohibited the importation of a long list of products and ships couldn’t land. The schools were closed, markets were forbidden, and funerals were done in areas separated from the cemeteries.

Until that date, Sweden, which was a centralized monarchy, was one of the countries that used quarantines to face infirmities. Everything began changing in 1834, when doctors understood that cholera wasn’t transmitted “man to man”. After, when smallpox hit Sweden, the preferred turning to emerging treatments, like homeopathy and hydrotherapy.

Faced with syphilis, the Swedes adopted prophylactic measures. This country was one of the first in Europe to regulate prostitution and introduced the medical review of all prostitutes and began to fine the customers. Prostitution was abolished there in 1918.

Then, when faced with the Spanish flu, Sweden had much lower numbers than the other nations. A third of the country was infected and there were 34,500 deaths, but the fatality was only 1.8%. This immunity obtained during history might have inspired the current Swedish government in its fight against the present coronavirus crisis.

Moral of the story: limiting personal freedom doesn’t win against disease and hurts the economy, causing many more deaths in the end.